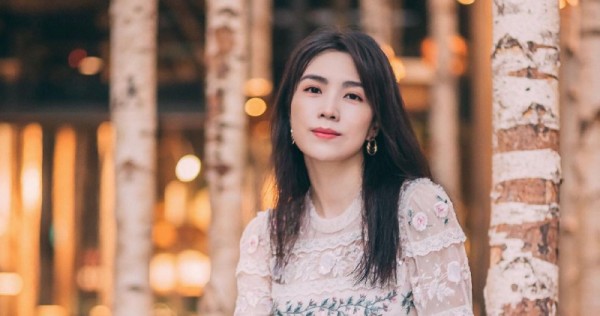 Even as the Covid-19 pandemic continues, important and joyous life events must continue. Sora Ma dropped the bomb on Instagram yesterday (June 7). The Singapore-based Malaysian actress uploaded a photo of her with a ring and a large bouquet of roses, with the caption “Wedding news”. In other words, Sora Ma reveals she’s getting married.

More About Sora Ma’s Announcement That She’s Getting Married

The Instagram post also included a short video clip. It appeared to capture the moment just before her then-boyfriend popped the question.

In it, Sora was sitting on a sofa when she said in Cantonese to someone off-camera: “Eh! Why are you here?”

“It’s an important day today,” a woman replied in Mandarin.

Then, a man strummed a guitar and broke into song, and the clip ended with Sora looking on in shock.

In an interview with 8world, Sora said her fiancé is eight years older than her and he is not from the entertainment industry. They were introduced to each other by a common friend after Star Awards 2012.

“Our relationship has passed the seven-year itch and he has treated me nicer and nicer ever since we got together. He didn’t take our relationship for granted with the passing of time and he would also put me as the centre in many areas of his life,” Sora said.

She added the proposal actually happened in October 2018. He had booked a hotel room, lied to her that a filming session would take place there, and even invited her close friends from Malaysia, Hong Kong and Taiwan to come to Singapore to witness the event.

And she was so shocked that she forgot to say ‘yes’.

“He gave me the flowers and I thought the next step would be for me to stick my hand out because I acted in so many [of such scenes] in dramas,” Sora explained.

Read Also: Cast of Young And Dangerous film series may be reuniting

Netflix’s hosting its first-ever upcoming virtual Geeked Week. A virtual fan-facing event that gives geeks first looks at all things geeky coming to the streamer that revolves mainly around genre stories across both film and TV. Geeked Week is a free five-day event from June 7 to June 11. All of Netflix’s social media accounts...

The cast of Hong Kong triad film series Young And Dangerous (1995 to 2000) may be reuniting in a Chinese reality show Call Me By Flame. It is the men’s version of Sisters Who Make Waves. The popular Chinese reality show featuring 30 female artistes aged 30 and above. They compete for the chance to...