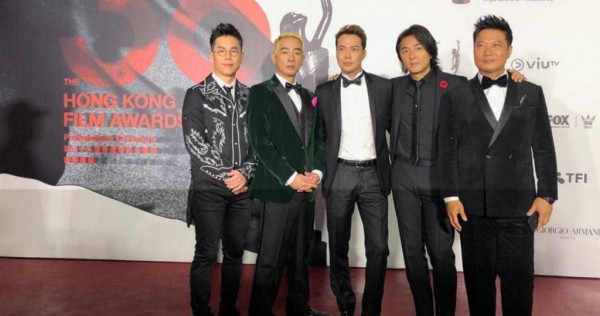 The cast of Hong Kong triad film series Young And Dangerous (1995 to 2000) may be reuniting in a Chinese reality show Call Me By Flame.

It is the men’s version of Sisters Who Make Waves. The popular Chinese reality show featuring 30 female artistes aged 30 and above. They compete for the chance to form a girl band.

The 32 male artistes said to feature in Call Me By Flame are trending on the Chinese Internet. However, it is an unconfirmed list circulating online.

On the list are celebrities such as Hong Kong actors Jordan Chan, Michael Tse and Jerry Lamb, the alumni of Young And Dangerous.

Young And Dangerous was a massive hit during the 1990s. Moreover, it propelled the cast to instant fame.

In addition, the film spawned five sequels and several spin-offs. Including Portland Street Blues (1998), which focused on a female character from the series.

In the making for more than six months, the show is scheduled to begin recording in Haikou city in China’s Hainan province on June 23.

This article was first published in The Straits Times. Permission required for reproduction.

Even as the Covid-19 pandemic continues, important and joyous life events must continue. Sora Ma dropped the bomb on Instagram yesterday (June 7). The Singapore-based Malaysian actress uploaded a photo of her with a ring and a large bouquet of roses, with the caption “Wedding news”. In other words, Sora Ma reveals she’s getting married....