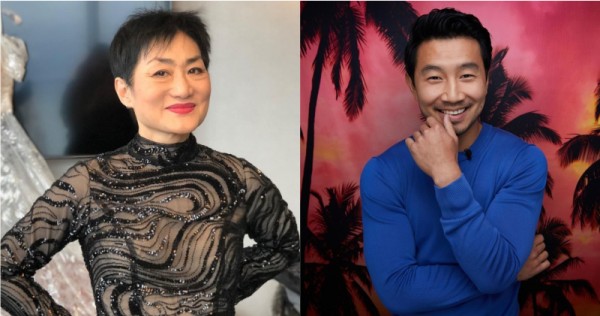 The final season of the popular Canadian comedy Kim’s Convenience premiered on Netflix last week. What should have been a celebratory moment has been mired in scandals.

In case you aren’t familiar, Kim’s Convenience centers around the titular Korean-Canadian Kim family. The family runs a convenience store in Toronto. It is based on a 2011 play by Korean-Canadian Ins Choi. It also served as an executive producer on the show.

It was positively reviewed (and if we may say so, rather revolutionary). Because it was a clever and refreshing comedy that brought the stories of Asian immigrants to life. Moreover, it very proudly celebrated its cultural roots.

Sitcom had skyrocketed in fame

The final season was highly anticipated. As the sitcom had skyrocketed in fame, due in part to its global reach after being made available on Netflix in 2018. The fact that it premiered on the streaming platform in the buzz leading up to Crazy Rich Asians — another highly-touted production because of the all-Asian cast — was probably a boon as well.

The final season of Kim’s Convenience

Evidently, the premiere of the final season of Kim’s Convenience should have been a momentous occasion.

However, on the day of its premiere on June 2, Simu published a tell-all post on Facebook. Simu levelled some serious accusations against the show and its producers (more on that later).

Some of his claims are backed by fellow cast member Jean. He shared her side of the story in a lengthy Twitter thread earlier today (June 7).

Took aim at an article that seemingly criticizes Simu’s statement. Jean revealed that as a Korean-Canadian woman, the “lack of Asian females, especially Korean writers” in the writers’ room of the show made her life “very difficult”. It resulted in a “painful” working experience.

Dear sir, as an Asian Canadian woman, a Korean-Canadian woman w more experience and knowledge of the world of my characters, the lack of Asian female, especially Korean writers in the writers room of Kims made my life VERY DIFFICULT & the experience of working on the show painful

The 59-year-old actress also claimed that while Ins wrote the play (which she starred in as well), it was his co-creator Kevin White who “clearly set the parameters” for the show.

She wrote: “This is a fact that was concealed from us as a cast. It was evident from Mr Choi’s diminished presence on set, or in response to script questions. Between [season] 4 and [season] 5, this fact became a crisis, and in [season] 5 we were told Mr Choi was resuming control of the show.

“The cast received drafts of all [season] 5 scripts in advance of shooting because of Covid, at which time we discovered storylines that were overtly racist, and so extremely culturally inaccurate that the cast came together and expressed concerns collectively.”

An example Jean raised was a scene “drafted under Mr White’s leadership” that saw Umma wearing nude shorts. In the script, her pastor feels uncomfortable telling her that she looks naked from the waist down, but her husband has no qualms saying it.

“The joke is that if you’re married you can say anything,” Jean explained.

Pastor Nina comes to the story to pick up Mrs. Kim for a Zumba class. Mrs. Kim is wearing NUDE shorts, and Pastor Nina is to embarrassed to tell her she looks naked from the waist down. Mr. Kim enters, and the joke is that if you're married you can say anything.

She continued: “No one, especially Mrs Kim, would be unaware that a garment makes her look naked. Unless she is suddenly cognitively impaired or stupid. Stripping someone naked is the first act before public humiliation or rape. So what was so funny about that? At my request, Mr Choi cut the scene.”

If that scene made it into the show, it would have aired “hours after eight people, six [of whom were] Asian women, were shot in Atlanta, [Georgia] in a hate crime spree that shocked the nation”, she mentioned.

THAT scene would have aired hours after 8 people, 6 Asian women, were shot in Atlanta, GA in a hate crime spree that shocked the nation. THIS IS WHY IT MATTERS. If an Asian actor says, 'Hey this isn't cool,' then maybe should just fix it, and say THANK YOU.

Jean also criticized a storyline written for Umma that saw her diagnosed with multiple sclerosis (MS). She said she was “sick of holding back” because “Koreans hardly ever get MS”. But when she raised this up, the producers allegedly asked why it matters and said she “doesn’t understand comedy”.

She also helped to correct the representation of Korean cuisine on the show because there were no Korean writers on the team and Ins “doesn’t know how to cook”.

“They had no Korean cultural resources in the writers’ room at all,” she said.

Jean concluded: “What I find tragic about this situation was the refusal to believe the urgency with which we advocated for inclusion in the writers’ room. The failure to send us treatments, outlines, the resistance to cultural corrections and feedback.

“There is so much I am proud of. But [season] 3 and [season] 4 in particular had many moments of dismissal and disrespect as an actor. Where it mattered, with the writers. And the more successfully I advocated for my character, the more resistance and suspicion I earned from the writers/producers.”

In the final bedroom scene in S5, Mrs. Kim weeps because she believes that God has abandoned her. The more she prays for something, the more certain it will get worse. That's what it felt like. The love died. 사랑 없으면 소용이 없고 아무것 도 안입니다.

‘The show can’t be saved’

Her claims echoed that of Simu’s who also took umbrage with the lack of representation in the writers’ room.

In his Facebook post, he clarified that the show wasn’t cancelled in a “traditional manner” due to poor ratings. However, the producers who owned the intellectual property “chose not to continue”.

The 32-year-old, who plays superhero Shang-Chi in an upcoming Marvel movie, said: “The show can’t be ‘saved’.”

Simu’s post, which was publicly available over the weekend and for most of today, has seemingly been taken down or made private.

As for the lack of diversity, he shared: “Our writers’ room lacked both East Asian and female representation, and also lacked a pipeline to introduce diverse talents. Aside from Ins, there were no other Korean voices in the room. And personally, I do not think he did enough to be a champion for those voices (including ours).”

Though Simu and other cast members tried to step up during the creative process, their attempts were unsuccessful.

“Many of us in the cast [are] trained screenwriters with thoughts and ideas that only grew more seasoned with time. But those doors were never opened to us in any meaningful way.”

A spin-off, based on the character of Shannon, is in the works. But while Simu is proud of his co-star Nicole, he is “resentful of all of the circumstances that led to the one non-Asian character getting her own show”.

Simu is also frustrated with how his character seemed to stagnate throughout the seasons without any desire for growth or improvement.

He also wasn’t asked to provide creative insight on his character as the show progressed; something he found confusing as the producers were “overwhelmingly white” and they were writing about East Asian characters.

“We were often told of the next seasons’ plans mere days before we were set to start shooting… there was deliberately not a lot of leeway given to us,” Simu claimed.

“But I am still touched by the volume and the voracity of our fans… and I still believe in what the show once stood for; a shining example of what can happen when the gates come down and minorities are given a chance to shine.”

Naomi Campbell is reportedly raising her newborn daughter as a single mother. The 51-year-old model revealed last month that she had welcomed a baby girl into the world. Moreover, it had been suggested that the star would raise her child in New York with a mystery boyfriend. However, a new report suggests Naomi is embracing...