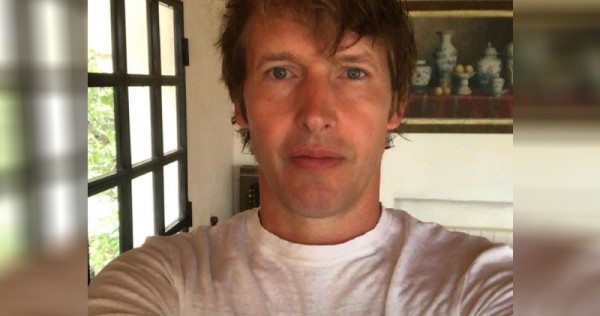 James Blunt describes the coronavirus pandemic as a “blessing in disguise” for his career in music.

The “You’re Beautiful” hitmaker had been set to go tour before the global pandemic caused the industry to be put on hold. James suggested that it allowed him to take so much-needed time away from music.

James – who shares two sons with wife Sofia Wellesley – said: “I was supposed to be on tour for a year and I was sent home. And, you know, for me that was probably a very good thing. Because I haven’t spent time at home with my family, ever.

“I’ve been promising that I would take a year off from music at some stage, but I was lying, probably.

“And so this is very good. Spending time at home, doing things that adults do and family people do. And so perhaps it has been a blessing in disguise for me.”

James, 47, had also opened a pub in London prior to the Covid-19 crisis. Also, he quipped that he “really picked the wrong businesses”.

He told the Henley Standard newspaper: “Well, I mean, I’m definitely in the wrong business. With the pandemic the music business completely closed down and all touring stopped.

“We were just a month into what was supposed to be a world tour and we were sent home, which was obviously devastating. I’m in the pub business too – I bought myself a pub – and obviously that closed down, so I really picked the wrong businesses.

“That’s why it’s very exciting that we should be preparing to get out on the road again.”

Read also: Ellie Kemper apologises for participating in controversial pageant as a teenager

Naomi Campbell is reportedly raising her newborn daughter as a single mother. The 51-year-old model revealed last month that she had welcomed a baby girl into the world. Moreover, it had been suggested that the star would raise her child in New York with a mystery boyfriend. However, a new report suggests Naomi is embracing...