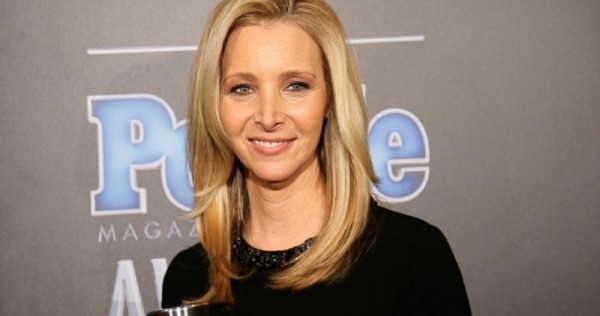 The 57-year-old actress shot to global fame playing Phoebe Buffay in Friends. But has said she’s never been interested in living her life in the spotlight. And, believes being a celebrity is “completely different” from being an actor.

She said: “Celebrity is something completely different from being an actor. You can pursue being a celebrity easily enough. You can show up at parties and it’s really doable. But, fulfilling yourself and getting roles that really interest you is really hard.

“For me, whether they were successes or not, I’ve been happy with the roles I’ve played. Acting’s always been really fulfilling to me.”

Lisa Kudrow initially thought it was her “job to be a celebrity” when Friends became a phenomenon in the 1990s. But, admitted she “hated” going to parties to network with other stars or to be seen on the red carpet.

She added: “When friends first took off, I thought it was my job to be a celebrity. I was like ‘Should I go to that party? Should I go now?’ I tried it but I hated it. I really hated it. But I realized that one thing has nothing to do with the other. I could still work as an actor and not be a celebrity.”

Lisa Kudrow Thinks The Success of “Friends” is Annoying

And Lisa – who is married to Michel Stern, with whom she has a son Julian – even found the success of Friends to be “annoying” at first, because it meant people were interested in her life outside of work.

“It’s almost like there’s another character out there. You just have to embrace the fact that that’s what’s going to be happening. But it was on a very small scale for me.”

Since Friends ended in 2004, more and more stars are finding themselves at the mercy of social media, but Lisa says she doesn’t pay attention to what people say about her.

When asked by OK! magazine if she’s a “fan” of Instagram, she said: “It’s fine, I mean, it’s not really a burden to me. It’s fun. I don’t read all the comments, so I’m not seeing it if anyone’s saying something nasty. That suits me perfectly.”

Read also: Gurmit Singh slapped with $800 fine and banned from driving for speeding

Warner Bros. Studio Tour Hollywood is officially reopening on June 26. It is with an expansion that will have DC and Harry Potter fans clamoring for tickets. The expanded set tour has been in the making for five years. And, it includes a new building devoted completely to the tour center. As well as additions...

James Blunt describes the coronavirus pandemic as a “blessing in disguise” for his career in music. The “You’re Beautiful” hitmaker had been set to go tour before the global pandemic caused the industry to be put on hold. James suggested that it allowed him to take so much-needed time away from music. James – who...